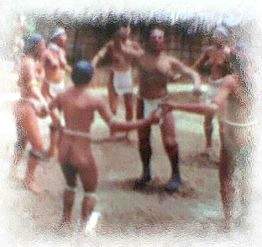 The evidences have shown that aboriginal groups that lived in the Sierra de Cubitas and in the northern coastal plain, are the agro-potters, who began to move around the Antillean arch at the beginning of our era, carrying out these migrations, on some occasions, from the area of ​​the Orinoco River and in other regions more to the west of Venezuela, such as those corresponding to Lake Valencia, between the beginning of our era and the year 1000 of it.

In our archipelago, the agro-potters are present in the year 500 A.D. and we can say that their life as a definite archaeological culture may have ended in the year 1511, when the colonization of Cuba by the Spanish conquerors took place. In the ten centuries between the years 500-1500, the agro-potters spread throughout most of the country, came into contact with other cultures, received influences from other areas and created the most complex community of our aboriginal stage.

The arrival of the conquerors to our country describes the existence of Indian farmers and potters in the eastern and central region, and on a smaller scale the presence of other aborigines with a lower level of cultural development in the western part of the island. 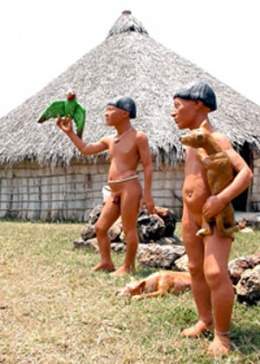 These agro-potters moved in our archipelago from east to west, arriving at different times of the development of this stage, in the Caribbean area.

This, together with those local ecological peculiarities that they found in our country, took them to different areas of the territory that at certain moments could be the ideal ones for a balance between the technology they possessed and the one they made use of.

The agro-potters were settled throughout our country in more diverse places. In some cases they preferred high places where they built their rooms around which they made their crops; trying to be close to a stream, no matter if they were located several kilometers away from the coast. Other times they were to be found at the mouth of a river; what would allow them to have their zone of sowing along their channel and to be able to communicate by that fluvial route with the interior zones for the house and harvest.

Sometimes they lived in mountainous areas quite intricate and far from the coast, they also preferred to live on the banks of rivers or streams between mountains.

Some of these groups appear next to mountainous areas; which allowed the agricultural development, together with fishing and harvesting, which occurs mainly in some coastal areas of salty water; and other times they settled in great bays, both on its banks as scholars and islets within it.

Our natives were of a very beautiful, short stature, olive color, but straight and strong, and very beautiful eyes, used to practice cranial deformation; applying it to newborn babies, they put on his forehead a splint that was tied in the occipital. In the Caribbean and Cuba, the most frequent was called oblique tabular occipital deformation oblique. 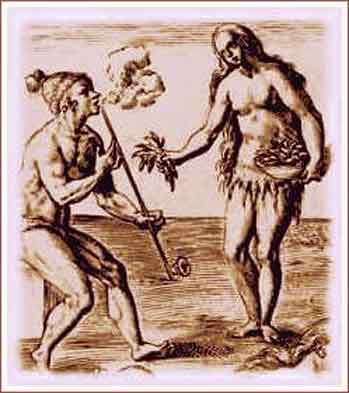 These groups built their homes in the manner of Palma and guano in different ways:

- The rectangular formation (huts and barbecues built on the banks of rivers and lagoons).

As part of the dress, the married women wore petticoats or small knitwear woven of cotton lint, while the pubescent girls covered their genitals with a kind of quarrels.

When they got married they replaced it with a kind of cotton or grass apron that surrounded the hips. Likewise it was customary to use feathers by caciques and principal men.

In this regard, Columbus refers: "They are people (...), all naked, men and women, as their mother gave birth to them; truth is that women bring a cotton thing only, so big that it covered their nature and no more ..."

The aborigines spoke the Arauca language in common.