Establishment and development of the organs of the People's Power

In the first years of the decade of 1970 an important process of strengthening of the political and administrative institutions was developed in Cuba, in particular the role of the mass organizations was created and consolidated, the delimitation of the functions of the Communist Party of Cuba and the State was also another important task carried out.

All this process and the sustained economic and social growth in those years, made it possible that in 1975, the historic First Congress of the Communist Party of Cuba approved the creation of the Organs of People´s Power and the implementation of the new political and  administrative division, during the year 1976. 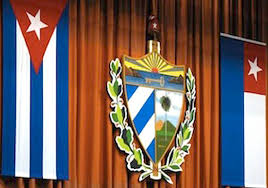 In Sierra de Cubitas, as in the rest of the country, conditions were created for the process of institutionalization, guaranteeing the participation of the Cubiteños in the referendum b approved by the constitution of the Republic of Cuba. To this end, a broad outreach and mobilization campaign was developed for the masses, where the Committee for the Defense of the Revolution (CDR) played an important role. 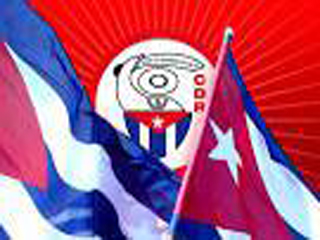 cdrThe Federation of Cuban Women (FMC) and the National Association of Small Farmers (ANAP) played an important role, as a result, on February 16, 1976; the Cubiteños approved this important document.

Another important step in the implementation of the agreements of the First Congress of the
Communist Party of Cuba was the approval of Law 1304, on July 3, 1976, on the Political and Administrative Division, policy from where arose Sierra de Cubitas as a municipality.

During the months of August and September, according to the established calendar, the preparatory work for the electoral process was developed, which took place on October 10, 1976, where 37 delegates were elected to the Municipal Assembly of People's Power.

By that time, in Sierra de Cubitas 2200 houses were built, besides the investment of 139.9 million pesos in the different economic and social works against 21.7 million invested before this form of government was established, which demonstrates that together with the birth of new forms of government, new conditions of life arise in this municipality, guaranteed by the high levels of existing household appliances as an average by family. 45.7% owned refrigerators, 52.6% TV sets and 59.4% had radios, as well as 60.6% cook with kerosene and 9.4% with liquefied gas.

These data alone demonstrate how the people of Sierra de Cubitas, who until the triumph of the Cuban Revolution had remained sunk in abandonment, now flourish in social benefits,  as the National Poet of Cuba Nicolás Guillén said: “I have what I had to have” , referring also to all Cubans.

The Political Administrative Division brought advances from the social point of view in the territory, as well as the consolidation of the political and mass organizations in the increase of activities of the base structure and its members.


The Union of Young Communists in 1982 had 1258 militants, grouped into 47 grassroots organizations, as well as 22 youth technical brigades made up of 517 people composed of  militants and young people.

The work with children and young people was structured by 173 detachments of students and 318 stars, which grouped 9333 pioneers with the help of 178 teachers and 81 advisors, as well as 1429 members of the Federation of Students of Secondary Education (FEEM), who were prepared by their organization to face the new tasks they had to undertake: agricultural work and to stay at the school that combined study and labor activities.


By that time many activities were systematically carried out by the mass organizations which helped to consolidate the revolutionary process, such as supporting for the processes of People´s Power, support for the creation of the production and defense brigades, campaigns for sanitation against hemorrhagic dengue and conjunctivitis, in addition to the historic
Marches of the Combatant People.

In recent times the Workers' Central Union of Cuba (CTC) has reaffirmed the importance of voluntary work as a contribution to the economy and creator of the communist consciousness, as well as the contribution to the territorial troop’s militias as a means to help defray expenses of the defense of the country.

Today, more than 40 years after the creation of the Organs of People´s  Power,  it is evident  in the municipality that people government  has been consolidated as a true institution taking into account the present  socio - economic results.